Riot Games is an American video game developer and publisher, globally known for popular player-focused game titles like League of Legends and VALORANT. The gaming company set out to create relevant ad campaigns to grow their player base and lower their cost-per-acquisition. To do so, they first wanted to determine which of their current media strategies were driving incremental conversions and gauge which ad touchpoints were driving most business value.

When a user wants to play League of Legends, they sign up and download the game from the Riot Games website. Once users are signed up, Riot Games can identify and assess player needs. For example, they can learn about the games they like best and install or find out about gaming session length.

Despite all these first-party signals, they were unable to tie first-party data with campaign data. Hence they were having trouble understanding the full customer journey, and couldn’t correctly attribute conversions to their media campaigns. 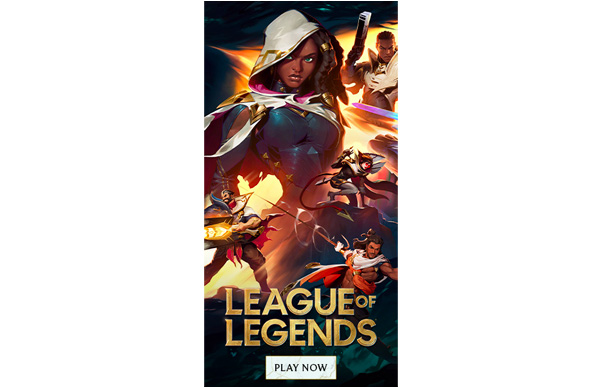 Riot Games turned to Ads Data Hub, a privacy-safe tool that allows for customizable data analysis without transmitting data about individual users. They connected Ads Data Hub with Google BigQuery to centralize all their marketing insights and combine them with Display & Video 360 and Campaign Manager 360 event-level campaign data. In only four weeks the team created a matching table between Riot’s first-party data and their Google ad data without uploading any sensitive information to the Google server.

With these matching tables in place, the gaming company could safely collect insights on how various advertising efforts worked together to create conversions. This allowed them to attribute credit to various ad touch points and accurately measure their return on ad spend (ROAS). Quickly, they established a new benchmark showing that for every $1 Riot spent on Google media, they received $2 in revenue.

Testing incrementality with a geo-based model

Riot Games’ next step was to pinpoint which of their Google ad campaigns was driving the most incremental business value. To do so, their marketing team used a geography-based Conversion Lift test to measure conversion uplift in major gaming hubs – Brazil and the United States. Riot Games turned off all media except for Google media in these regions. This geo-based model allowed them to compare performance from regions where their ads were shown to regions where they weren’t. They measured the performance of their campaigns and maintained user privacy by aggregating data by region and date to ensure individual user activity was indistinguishable.

The test revealed that in the U.S., people who saw YouTube, search or display ads were signing up to games 1.35 times more often than people who didn’t see any of Riot Games’ media. In Brazil, it was 3 times more. Following the success of League of Legends, the team is planning to run similar experiments for other popular titles, including their new game VALORANT.